Hey! how was your experience with Zaram?

What are Haunted houses: Signs that your Home is Haunted:

You must have come across many stories about the haunted houses in Nigeria and especially in posh localities of Abuja, Port Harcourt, and Lagos but my honest opinion regarding the topic is that where there might be some genuine events, I firmly maintain that many are cropped up by people pursuing personal interests.

Definition.
Moving into a new home can be scary enough, but you wouldn’t think the risk of possible attacks by ghosts would be one of them

A haunted house, spook house or ghost house in ghostlore is a house or other building often perceived as being inhabited by disembodied spirits of the deceased who may have been former residents or were otherwise connected with the property. Parapsychologists often attribute haunting to the spirits of the dead who have suffered from violent or tragic events in the building's past such as murder, accidental death, or suicide

Background:  According to Owen Davies, a paranormal historian, hauntings in the British Isles were usually attributed to fairies, but today hauntings are usually associated with ghostly or supernatural encounters

In other cultures around the world, various spirits are said to haunt vacant homes and locations. In Middle Eastern countries, for example, jinn are said to haunt such areas. Historically, since most people died in their homes, whether they were mansions or hovels, these homes became natural places for ghosts to haunt, with bedrooms being the most common rooms to be haunted. Many houses gained a reputation for being haunted after they were empty or derelict.Davies explains that "...if people were to fail to occupy a human space, then external forces would move in.

Nigeria situation
Most times when you move into a new home in Nigeria it's good to pray seriously and even before you pay for a house, as a tenant ask questions before paying and moving in. Know the history behind that house you're moving to. There are some houses that people living in the area tend to avoid going to because of things they have seen and heard happening there.

So it would be wise to ask serious questions. A lot of evil men build homes on the blood of innocent people while some have had people die in a room they rented. Most times the spirit of these dead people come haunting these homes because they have not found peace.
A lot of evil exists here in Nigeria and one needs to be careful. Almost every state in Nigeria has wicked and evil landlords that oppress their tenants physically and spiritually.

A post was made on Facebook asking people if they have ever lived in Haunted/evil houses, if they have they should share their experience.
Ghosts have never been scientifically proven, but Settle says if you experience any of the following phenomena, you might be at risk of an attack from beyond the grave.

Unexplained Noises
Normal houses have some settling noises that come from the ceiling, but haunted homes often have weird knocking or banging sounds emanating from the closet, floor or basement.

Household Items Move.
Ghosts have been known to move around things like keys and books to other places in the house. The choice of items seems to be random.

Strange Behavior From Kids Or Pets
Be very aware of your child’s so-called imaginary friends: They might be entities trying to harm them. Also, take notice if your normally well-behaved child starts doing mean things or has sudden crying jags.

Feeling Of Being Watched
All alone in your condo but don’t feel quite alone? Sure, it could be the NSA, but it also could mean that ghosts are watching you watch TV.

Terrifying (And Recurring) Dreams
Terrifying dreams that reoccur can be a sign that you’re being haunted. The mind is supposedly more receptive to paranormal entitites when asleep.

Electronic Devices Spontaneously Turn On
Ghosts apparently get their jollies turning on water faucets or running appliances willy-nilly. TVs and blenders are common devices affected. Sadly, most warranties do not cover items damaged by paranormal activity.

Unexplained Writings
Ghosts have been known to write on walls. Sometimes they will scribble the name of someone or a simple “Get out!”

Invisible slap.
Nollywood has shown that ghost has the Ability to slap their victims to either scare them or kill them. so many cases of slapping ghosts.

Sudden and Inexplicable change in temperature

Feeling a sudden and inexplicable change in temperature; or a sudden static/electrical charge in the air. sudden change in the Ambient of room

Hearing unexplained whispers, footsteps, thuds, or someone calling your name.

So let us have your view on the Subject Matter....

With the constantly changing environment around us, it’…

What are Haunted houses: Signs that you…

You must have come across many stories about the haunted hous…

Password reset link has been sent to
your registered Email ID. 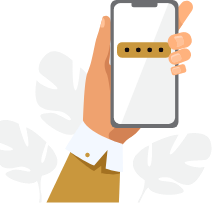 Enter OTP received on your number